Article - Which Hard Drives are the Most Reliable ?

Mechanical hard drives have been around for a long time, it is widely reported that the first IBM hard drives were introduced around 1956 in the USA.  These drives were the size of your fridge and held about two and a half 3.5" high density floppy disks (3.75 Megabytes) worth of data on stack of 50 non-removable magnetic disks.

By 1961, thiings had moved on and IBM introduced the model 1311 disk drive, which although initially lower in capacity (roughly 2 Megabytes) used removable disks.  This allowed multiple disks to be used interchangably with the same drive unit.

As an added bonus, the drive had now been minaturised - to the size of your washing machine.

.The next big milestone in drive development came in 1973 when IBM released the Winchester drive, which again used removable cannisters that contained magnetic disks.  Later versions reverted to the earlier non-removable disk design, which arguably was the point where today's current term of "Fixed Disk Drive" was born.

At this time,  IBM's engineers discovered that using smaller platters (magnetic disks) was advantageous, so the size for these disks was set to match the then ubiqutious 8" and then later 5.25" floppy drives of the time.  This allowed hard disks to be easily slotted into the home computers (or PC's as they are known) and open up a whole new market for IBM.

There was a period at the dawn of the 5.25" hard drive era where disk drives were not internal to the computer - they were connected via cables, which led to disk controller cards that were plugged into expansion slots on the PC's motherboard.

Why do Hard Disks Fail:

Well one of the reasons (and there are many) that this article focusses on is wear and the other is because you dropped it, or bumped it when it was on (spinning).

What to do if you Drop/Bump/Shock a Hard Drive During Imaging: 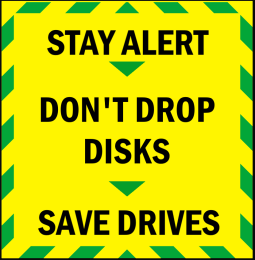 If you drop a hard drive on the floor whilst it is on (or it falls from the back of a server rack you have hung it from via a USB cable), or harshly bumped it across the table -  this is likely what will happen inside (see picture) - the head momentarily comes into contact with the disk platter - causing damage;

You won't know that has happened (and neither will the drive) until you try and read data that was stored in the area that was damaged by the head touching the drives surface (platter).

So if you do drop a drive in this way, just because the drive is not reporting errors now - does not mean that it has not sustained catastrophic damage that may become terminal.

ProTip: Always, always, always tell your mentor that you have dropped the drive and make an immediate backup of the data on it, before leaving the site.  Material that is dislodged from the drives surface (literally tiny metal shavings/flakes) can rattle around in a drives casing (you won't hear it) and the next time you power it on - could come into contact with another part of the disk - or the head itself and cause that catastrophic damage I was talking about earlier. 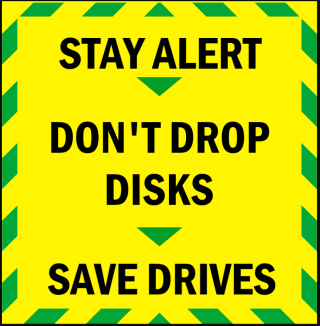 Don't try and scrimp on costs by "reverifying" any disk images on the drive, copy everything off (and reverify it in your forensic imaging tool) and then wipe and dispose of the damaged drive.

Getting back to why drives fail...

The Mean Time Before Failure is what most people understand as "the average number of hours the drive will last before it fails", this is true - but there is one additional caveat to this which is often not made clear by manufacturers - its in the small print;

This is under "standard' usage parameters.

When you index a disk for example, that could be hours (even days) of working the drive at its maximum possible operational threshold, and as Vincent once said to Jools in Pulp Fiction "It's not good to have a  race car in the red".

This essential consistent "redlining" of the drive is not standard user parameters - that drive will fail long before the MTBF is reached and most likely before any SMART warnings are given by the drives circuitry.

Remember, we are talking about mechanical consumer drives here - that are not made with the same quality components, bearings and longevity of the much more expensive enterprise drives on the market.

So if you don't want to wear out your drives prematurely - use an SSD (which has its own set of caveats and is another article entirely).  I have not indexed using a single non-raided mechanical hard drive for many years - for me it is either an SSD or a RAID.

Which Drive is the Most Reliable;

A friend of mine over at R3 Data Recovery - Andy Butler, has been in the industry for many years, when asked which drive was the most reliable he said "Western Digital Reds - we have never had one that has failed due to wear come in for recovery".

Pushing him a little further on this - as to which drive he would recommend, he said "the 3TB [Western Digital] Reds are the best for longevity relative to cost".

Update: Andy has been in touch again and said that they also recommend Western Digital Gold drives and that in addition to the 3TB red drives, they heavily use the 4, 6, 8 and 10TB drives with great success. 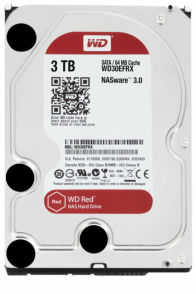 They Don't Use Seagates:

R3 purchase around £40,000 worth of drives each year, which they use both in the lab to recover damaged drives to and to store recovered data that they send out to clients on.

Andy tells me "We don't use Seagate drives - they wear out too fast - and when they do fail, the damage to the disk can be much more catastrophic than other brands".  He goes on to say that "Time is money, a crashed Seagate drive may require double, triple or even quadruple the labour time in the lab to obtain a comparable recovery when compared to that of a Western Digtal drive".

This is one of the reasons why you may send a drive to a recovery vendor, only for them to come back and say the drive is not recoverable.  It may well be, that they are often choosing only the easy drives to recover - to maximise profit and lead you to believe that your data is lost forever - when it isn't!.

Always Get a Second Opinion:

Andy tells me that he deals with drvies every day that have come from some of the largest data recovery labs in the world - as R3 have become the place where the "unrecoverable" drives seem to end up!

Ever Wondered What Software a DR lab uses ?

I might do an article on this in the future, but here is a sneak peak of the software that R3 use during drive recovery; 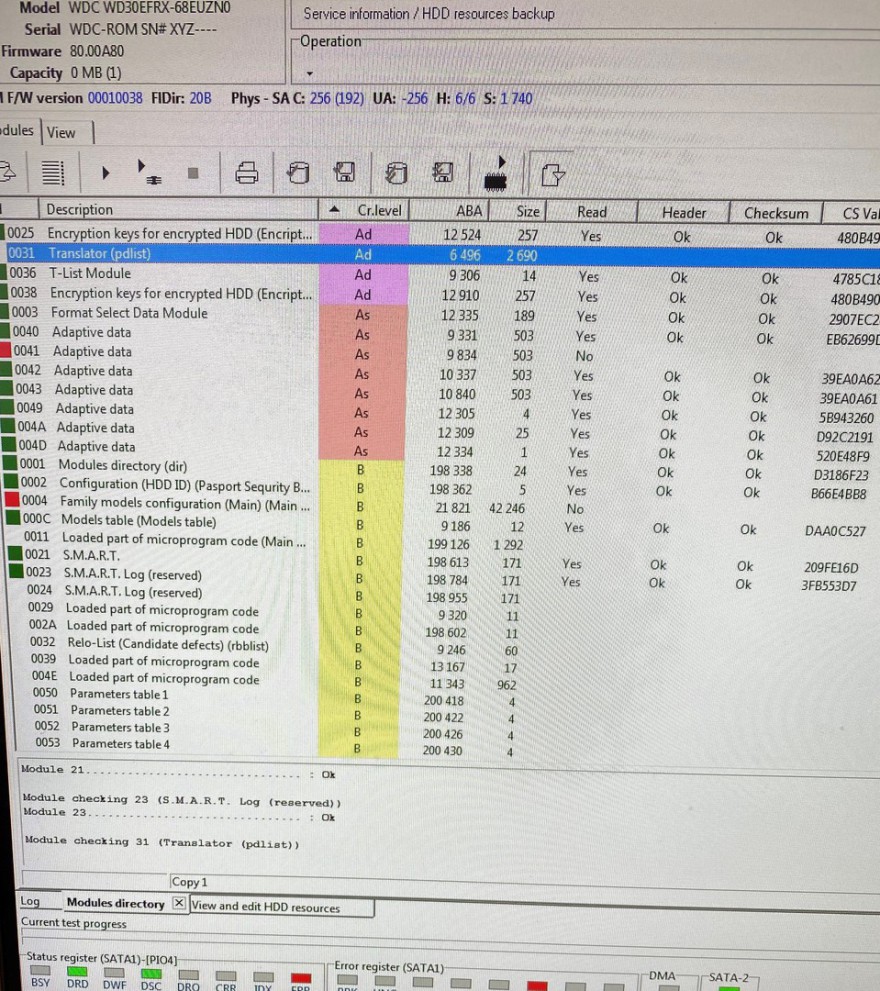 Andy's insight is worth its weight in gold, forget studies by Google where they show the stats of drives being used in data centres - this Andy's input comes at the end of the road - where drives fail, he sees tens-of-thousands of drives each year.

In my experience, I have had Seagate drives fail - recently a 4TB drive from their Ironwolf range failed after it was used for around 2 months in a server for indexing purposes.  The 2TB Samsung drives that had been in the server for 3 years - had lasted without any problems.

I have also had numerous USB hard drives fail - also Seagate - which are just used for evidence storage purposes - go onsite, image a machine to the USB disk and then head back to the lab.

For me, using the Western Digital Passport drives (both the USB 2.5" and 3.5" versions) was the best decision I ever made,  I have never had one of those fail in years.

I'm sure everyones experiences are different - in a micro sized way - so its good that we have the experiences of Andy so we can use this information to perhaps help us decide what brand of drive we are going to use in our labs.

Sadly I am not on commission from Western Digital to push their brand, but if they want to send me some drives to put through their paces, I am open to that - Get in touch WD !

Print | Sitemap
(c) 2020 Computer Forensics Online Limited - Not to be copied or reproduced without written permission.